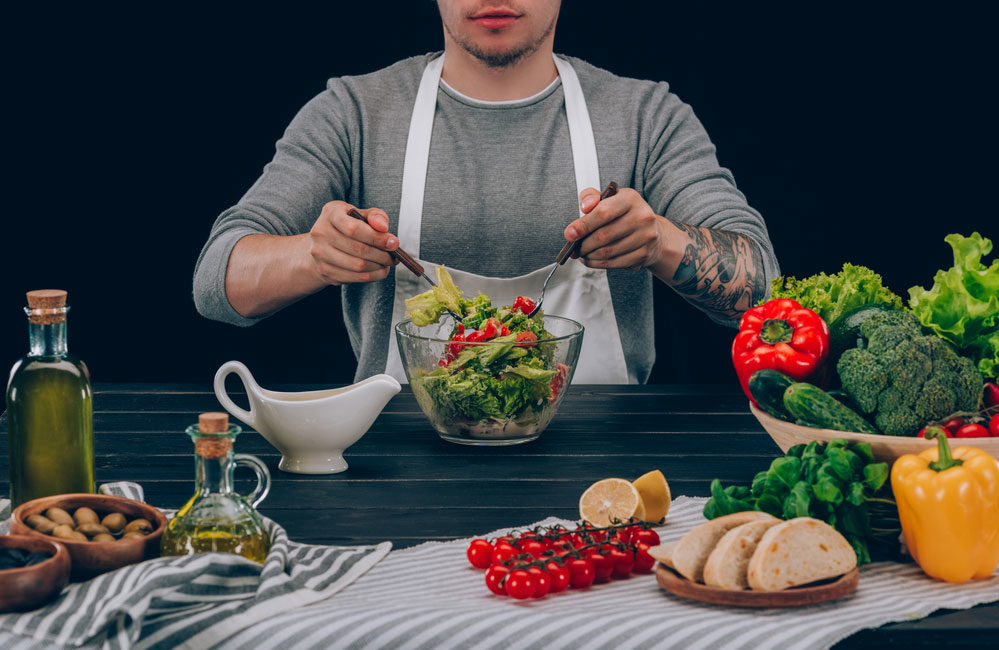 What is vegan and which foods are not?

Vegan is any food that does not consist of meat, fish, egg or dairy products. That sounds easier than it is. Even if you consistently delete such foods from your shopping list, you still run the risk of accidentally catching a product that is not 100% vegan. Especially processed foods and finished products often contain ingredients of animal origin. Even in the production and processing of vegetable foods, flavour enhancers, colouring agents and binding ingredients derived from animals are used.

Strictly speaking, foods are only vegan, if none of the following components are of animal origin.

Ingredients (including additives, carriers, flavourings and enzymes)Processing aidsNon-food ingredients added or used in the manufacturing process as processing aids
What is vegan and which foods are not? Vegans always have this question in mind when shopping. They usually have to study the ingredients listed on the packaging to make sure that the product does not contain any animal additives. But it is also easier. Thanks to manufacturer-independent certificates you can see at a glance which foods are permitted for vegans. You can pick up goods that carry one of the labels presented below with a clear conscience. With these products, it is also impossible for the manufacturer to use animal pesticides or label adhesives. The seals require compliance with strict criteria. They are awarded by vegetarian organisations only after thorough inspection and are regularly checked:

In addition there is any amount of own labels. You can’t rely on them one hundred percent, but they are usually quite reliable. Some manufacturers simply avoid cost- and time-consuming licensing. Nevertheless, the following applies: The term “vegan” is not fully protected by law; even a definition of the 12th Conference of Ministers of Consumer Protection (12th VSMK of 22.04.2016) leaves room for interpretation. And the list of ingredients does not always have to provide information on whether animal additives have been used for production.

Common mistakes: Which foods are not vegan

Vegan beginners can’t help but check the ingredients. But this is by no means a science. Our list of common mistakes makes it easier for you to distinguish between vegan and animal foods..

Gelatine in fruit gums and wine:

The alarm bells should ring when the term “gelatine” is used. The binding agent is extracted from the bones and skin of pigs and cattle. Gelatine is also frequently found in sauces as a thickening agent. It is often added to wine and fruit juices as an aid. Since it only serves to remove turbidity, gelatine is not subject to labelling. So winepressing often does not get along completely without suffering animals. The good news: more and more manufacturers are using vegetable alternatives.

The sticky, sweet mass consists only of flower nectar? Not quite. The sugar-containing excrements of insects are also included. However, the fact that bees are also exposed to stress and die faster in mass livestock farming is much more serious for animal welfare activists.

Lard is popular as edible fat because it improves the baking properties of cereals. It is particularly often found in pretzels and doughnuts, sometimes also in bread and toast slices.

It is often added to vegetable oil margarine. Some snacks and ready-made sauces contain whey in powder form as a flavour enhancer.

What about so-called trace indications? Manufacturers are not obliged to do this, but they do it for the benefit of allergy sufferers. The statement “May contain traces of egg, milk, fish or crustaceans” does not mean that these are part of the recipe of an otherwise vegan food. Rather, it means that the company also processes animal products.

There are many vegan foods that provide as many proteins, fats and micronutrients as animal products. Some processed vegan products resemble well-known convenience products in taste, consistency and appearance.

For cow’s milk there are vegan alternatives made from legumes and nuts. One thing you should know: EU law prohibits vegan products from being called dairy products. Therefore you will search in vain for soy milk. You will find what you are looking for in soy, almond, oat or rice drinks. It is good if they are enriched with calcium and vitamin B12. The vegan alternatives to cream are, for example, soy, oat and spelt cuisine.

Yoghurt alternatives often consist of soy or lupins. These “soy yoghurts”, “lughurts” and “yofus” fermented with lactic acid bacteria belong to the vegan probiotic foods. Vegan cheeses, on the other hand, are not always produced using bacterial cultures. They often consist of nutmeg, coconut fat, potato starch, rice and other vegan ingredients. Instead of cheddar, the vegan alternative is called “Bedda”, for example, and “Mozzarisella” instead of mozzarella. Instead of cream cheese, you can also smear spicy vegetable and nut-based vegan spreads on bread.

If you want to do something good for your intestinal flora, you can eat sauerkraut, tempeh, miso or kimchi instead of milk substitutes. Whether these foods support the good bacteria in your intestines, you can easily find out with INTEST.pro from BIOMES. Based on your test results you will also receive individual recommendations for action.

Vegan foods can also provide a lot of protein and thus replace the important protein source meat. This is especially true for meat and sausage substitutes based on soy and lupine. Smoked tofu tastes like smoked ham and comes very close to the consistency of meat. Seitan steaks and cutlets made from wheat protein have more bite. Smaller pieces of seitan almost have the appearance and consistency of gyros or goulash. Onion lard is available as a palm fat variant. Vegan fish fillets are often made from lupins. Those who miss the taste of the sea can resort to seaweed.

Those who like baking or eating sweets will also get their money’s worth. Many recipes can be modified with food permitted for vegans. If you mix egg substitute from lupine powder, corn starch and coconut fat with the dough made from vegetable flour, the cake will work wonderfully. Bananas also improve the consistency. Locust bean gum or mashed potatoes powder are suitable as binding and thickening agents. With agar-agar jelly you can create a cake glaze. For sweetening there is the honey alternative Agavendicksaft, and there are also nougat creams without milk. Finished pizza dough consists of beans and sweet potatoes. And pasta lovers will find a good substitute for egg noodles in hard wheat and spelt noodles.

How healthy are the alternative products?

Vegans can live healthily – provided they pay attention to a balanced diet plan and keep an eye on some nutrients.

However, vegan foods are not fundamentally healthy. It depends on the correct composition. You should be careful with substitute products such as Bolognese-Lasagne, beef steak or hazelnut cream. In order to imitate the original perfectly, the manufacturers cannot avoid adding unhealthy colourings and preservatives, flavour enhancers, salt, sugar and fat to the vegan product. The vegetable ingredients are often processed with all kinds of technological tricks. This is often at the expense of nutrient quality.

That’s not to spoil your taste in vegan alternatives. If you are looking for a healthy, balanced diet with lots of fresh ingredients and rarely eat industrially processed foods, you are preventing a nutrient deficiency and balancing well with convenience products and occasional snacks.

Detailed information
Dr. Tewodros Debebe Aklilu
Head of Science & Co-Founder
Co-founder and Head of Science at BIOMES. He received his PhD in medical microbiology in 2017.
To the expert profile
Share this article

When you eat vegan food, you avoid all animal foods such as meat, fish, eggs or dairy products. But they [...] 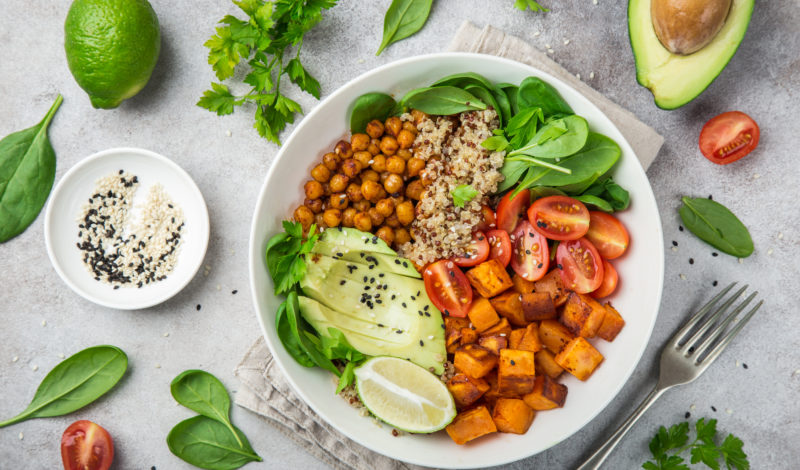 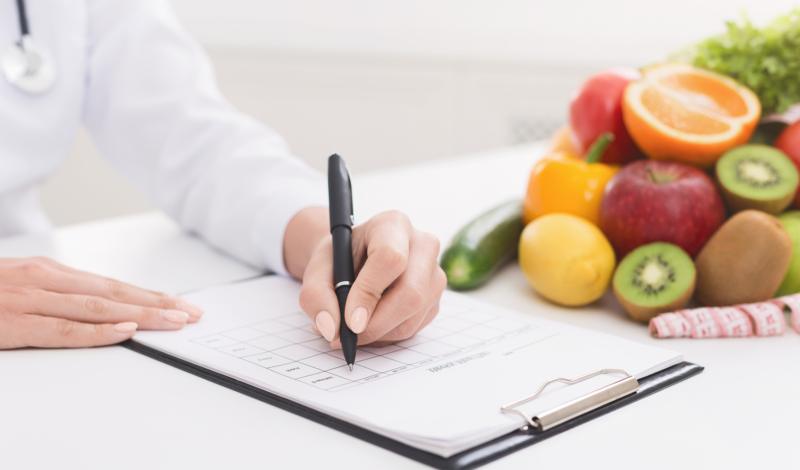