If complaints occur in the gastrointestinal tract, a diagnosis of the cause is often only possible after lengthy examinations and many visits to the doctor. Since intestinal diseases often manifest themselves in similar symptoms, the cause of the complaints is often not easily ascertainable. One of many chronic intestinal diseases is Crohn’s disease. What are the symptoms of this disease? Which treatments for Crohn’s disease are available?

Crohn’s disease is a chronic inflammation of the intestine; the name of the disease goes back to its discoverer, the physician Dr. Burrill Bernard Crohn. Weak points in the immune system of the affected person favour inflammations in the intestine. The exact relationships between immune defense and intestinal complaints have not yet been fully researched. Probably also a genetic disposition favours the outbreak of a Crohn’s disease – just like environmental influences and the interaction of the immune system and the intestinal bacteria.

Crohn’s disease usually occurs for the first time in adolescence or early adulthood. However, the disease can also break out much sooner or later and affect both sexes equally. Before Crohn’s disease can be treated, a thorough examination of the entire gastrointestinal tract is necessary, because inflammations can occur in all areas of the intestine, the esophagus, the stomach and even in the oral cavity.

What helps against Crohn’s disease now? The answer to this question depends, among other things, on the severity of the symptoms and the severity of the disease. Not every patient reacts with the same symptoms to the inflammations in the intestine. The time of diagnosis plays an important role in the treatments for Crohn’s disease. The longer the disease remains undetected and the more advanced it is, the deeper the inflammations usually are and the further they have spread.

There is no cure for Crohn’s disease yet. With certain drugs, however, it is possible to relieve the pain and shorten an acute relapse as much as possible.

to relieve pain in the gastrointestinal tract

In the case of a very late diagnosis, Crohn’s disease can usually no longer be treated with medication alone; often surgical intervention is then necessary. The inflamed areas in the intestine are removed. Regardless of the severity of the disease, regular check-ups are strongly recommended in order to detect and prevent the spread of the inflamed areas at an early stage.

Constant nausea, vomiting and/or diarrhea can deprive the affected person of his appetite in the long term; the result is often an inadequate, unbalanced diet. It is particularly important for Crohn’s disease sufferers to eat regularly and as nutritious a food as possible due to the affected intestine. Nutrition assistants can support concerning to win with the help of the right diet despite Crohn’s disease again more quality of life.

However, people affected should be aware that an appropriate diet cannot cure Crohn’s disease. Nevertheless, it can be a great help in Crohn’s disease. The individually required diet always depends on the severity of the inflammation and any food intolerances.

In general, conventional food is recommended to improve general well-being. The body digests several small portions distributed throughout the day better than two or three large meals. Bloating foods or raw fruit and vegetables are not recommended for Crohn’s disease. It also makes sense for those affected to be examined for possible food allergies and intolerances and to strictly avoid the corresponding foods.

If diarrhea frequently occurs, it is very important to drink plenty of liquids in order to provide the body with sufficient liquid. A severe disease progression may require the intake of dietary supplements (iron, vitamins, folic acid, calcium, magnesium and/or zinc) and in extreme cases nutrition by nasal gastrointestinal tube.There is no cure for Crohn’s disease, which is why the treatments for crohns disease focuses on improving the patient’s quality of life in the long term in order to enable him or her to lead a normal life. A change in diet, relaxation practices such as yoga or autogenic training or acupuncture supplement and support a Crohn’s disease therapy meaningful. However, they do not replace drug treatment by a physician.

In addition, probiotic dietary supplements have proven to be a promising therapeutic option for inflammatory bowel diseases. Probiotics are living microorganisms, which can positively influence the health of the patient, if they are used correctly.

A comprehensive stool examination can give first indications of a possible imbalance in the intestine. The experts at BIOMES have developed INTEST.pro for this purpose. The intestinal self-test is based on a method according to the latest scientific standard1.

It can be used, for example, to identify a possible tendency to food intolerances. The results of the stool test in a BIOMES laboratory are available to you in a clear and privacy-compliant Online-Dashboard.

1. Cao Y, Fanning S, Proos S, Jordan K and Srikumar S. A Review on the Applications of Next Generation Sequencing Technologies as Applied to Food-Related Microbiome Studies. Front. Cho I, Blaser M J. The human microbiome: at the interface of health and disease. Nature Reviews Genetics 2012:13, 260-270. ↩ 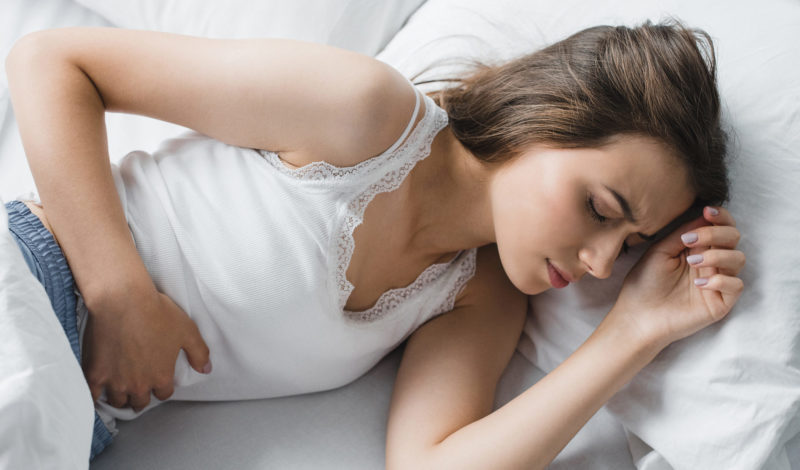 Posted on 25. January 2019
Crohn’s disease: What happens during a relapse?

Posted on 18. May 2021
Intestinal rehabilitation for lactose intolerance